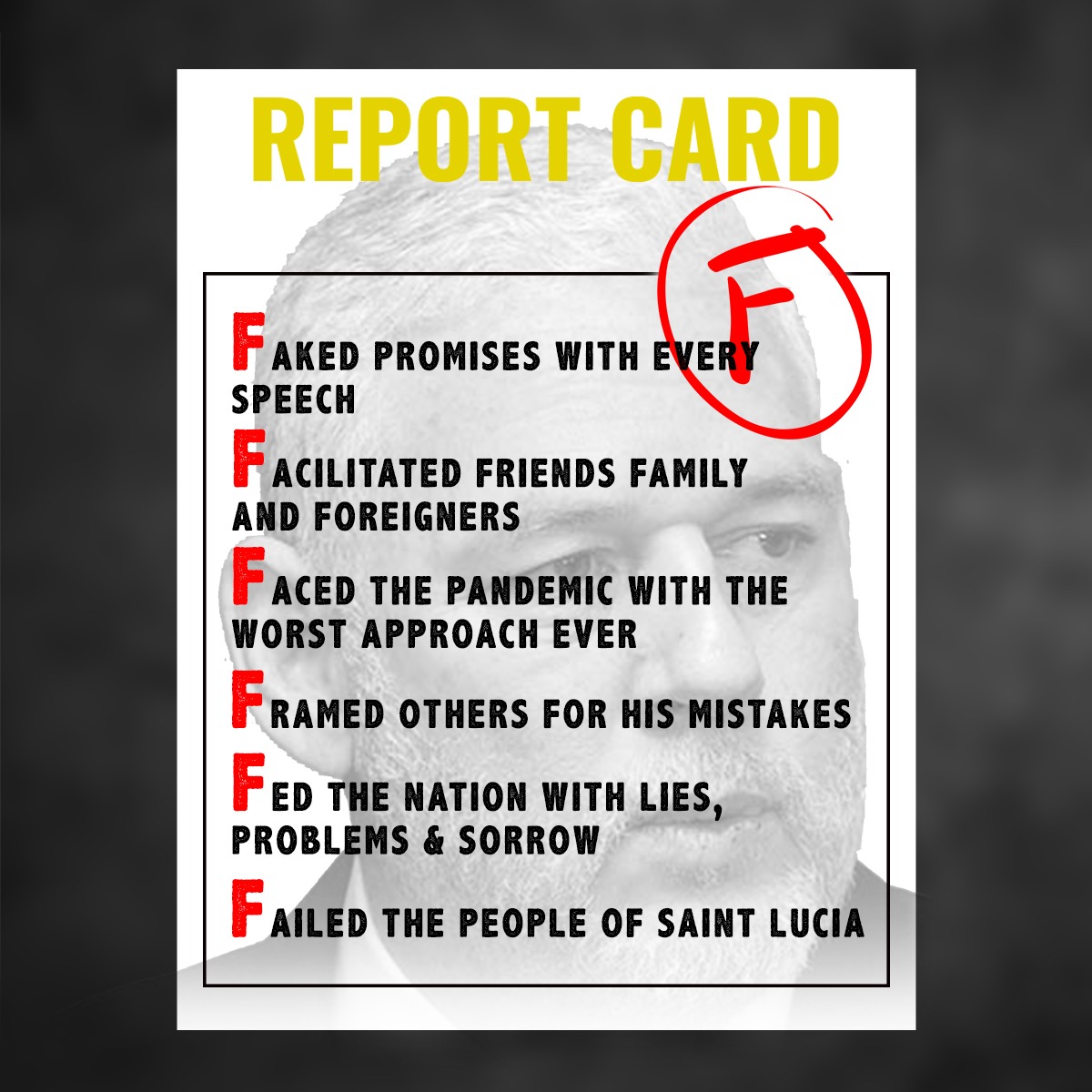 Five (5) years ago, on June 6, 2016, Saint Lucians voted in general elections resulting in a Government led by Mr. Allen Chastanet. This government has ruled over us for the last five (5) years. It has been the hardest five (5) years in the modern history of Saint Lucia, with a Prime Minister who has insulted, disrespected, victimized and maligned almost every person or group that has dared to disagree with his decisions, no matter how detrimental they have been.

Today, he has reached the end of his rope and time is up for him and his Government. Today, we serve notice on the Allen Chastanet Administration, that its 5 year term of office has expired!

Today we say loudly to the Mr. Allen Chastanet, that he is loitering on the grounds of Westminster, and he needs to pack his bags and go!

Saint Lucia has had enough of you and your oppressive bunch, and collectively as a people, we are ready to remove your chokehold from our chest, for us to exhale freely.

Today, we finally break free from the shackles of colonialism that you have placed upon us in the last five (5) years.

It is time to restore our democracy!

To assert the power of the people!

To bring back respect for the rule of law!

To again hold sacred our Constitution and its Conventions!

To hold accountable for their misdeeds – Politicians, Public Officials and Other Persons in Leadership Positions in the Society!

And to Put the needs of our People First – particularly those who depend on Government the most, in order to have a decent standard of living!

Today, we find ourselves in the unprecedented position of five (5) years elapsing since the last general elections, but the next general elections have not been dated. This has never, ever happened before! And the irony of it all, is that we find ourselves in this situation under a Prime Minister and Party who promised in their Manifesto, to establish a fixed date for elections.

The people of Saint Lucia have had enough!

We are tired of this two-timing; this deception, this dishonesty and this abuse of power and authority!

We will no longer tolerate this oppression, this corruption and this victimization!

Saint Lucians issue the following Notice of Expiry and Disposal to Mr. Allen Chastanet and his enablers – inside and outside the Government and Public Service:

This is the reality that has hit this Government hard in the face:

Its time is up and it has nothing of substance to show for its five (5) years!

Mr. Chastanet and his Government have no choice but to come to terms with my previous admonition that: 5 years is not 50 years!

Five (5) years under Allen Chastanet, find the people of Saint Lucia suffering like never before – and when people are suffering – they blame Government, NOT Opposition!

That is why Mr. Chastanet and his candidates are feeling of the fire of the people from Black Mallet to Gros Islet; from Anse La Raye to Desruisseaux; from Babonneau to Guesneau, from Vieux Fort to Sarrot; from Aux Lyon to Trois Piton; and from all over Saint Lucia.

So Mr. Chastanet, can hop, skip or jump – he can jump high or he can jump low – Saint Lucians have already made up their minds: on Election Day 2021, Allen Chastanet (and his bunch) has (have) to go!

Statement to the Press on the NIC – Cabot Loan Fiasco