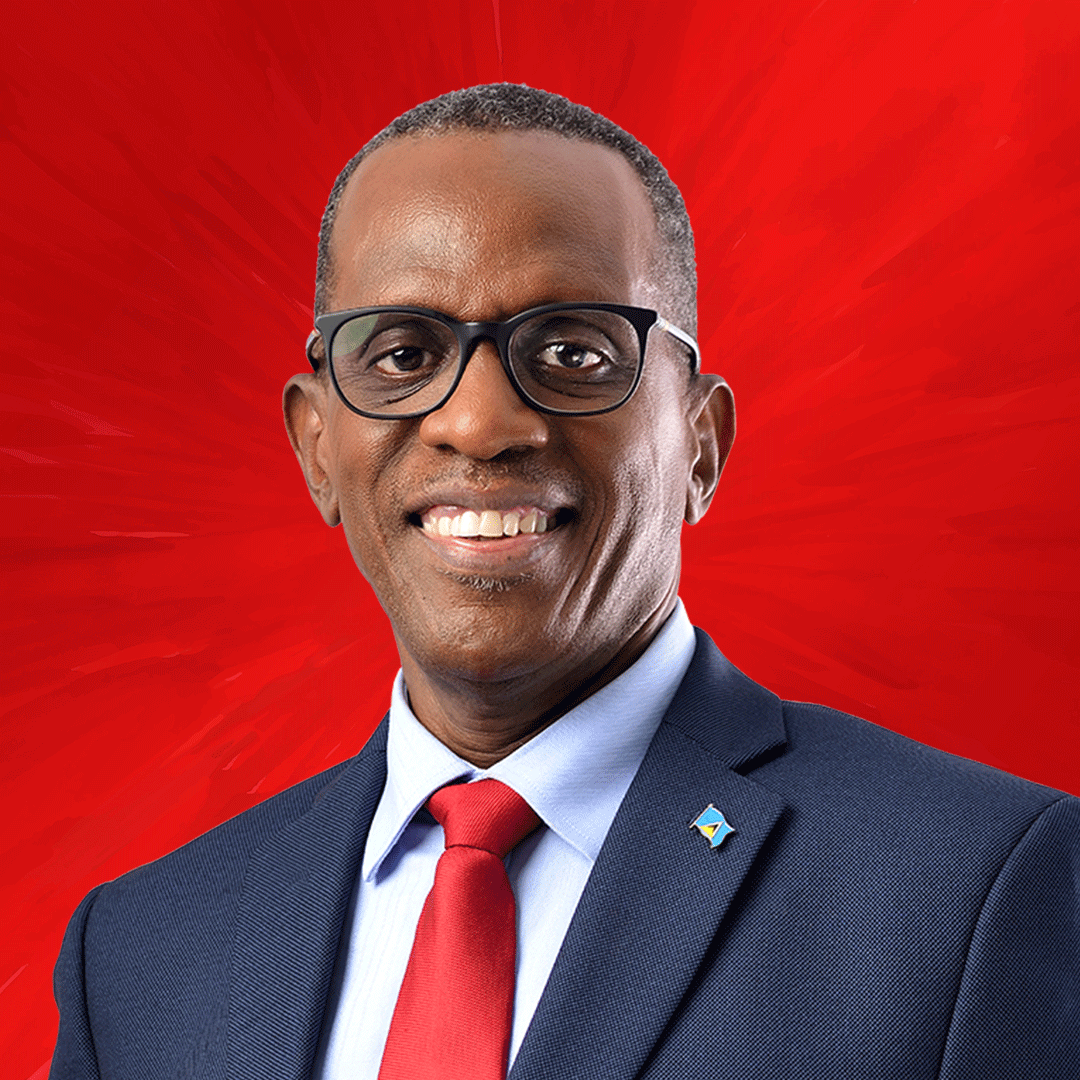 This evening I have the honour of presenting to you the competent women and men of the Saint Lucia Labour Party who are going to stem the rapid decline in the social and economic decline of our country and commence the long and challenging task of rebuilding Saint Lucia to be a place we can once more be proud of.

The men and women presented to you tonight have all excelled in their professional and political lives and are willing and able to continue to offer their services to the people of Saint Lucia.

It gives me no pleasure to report that among countries in the Eastern Caribbean Currency Union, our country has suffered the biggest economic decline, 23.8% for the year 2020. The country’s level of public debt has ballooned under this UWP government to almost $4 billion, again the highest among countries within the ECCU. According to the ECCB, 60% of the increase in the total public debt among OECS countries can be accounted for by the increase in Saint Lucia’s public debt. And even with all this borrowing, the government’s management of the Covid-19 pandemic has left us with the unenviable record, within the OECS, of having the most Covid-19 related deaths, 86, and the number of cases of infected people, 5430. In fact, those cases of deaths and infections for Saint Lucia are greater than the related accumulated figures for other countries within the OECS. We seem to have secured the records for all the wrong things, all because of the poor management of the Saint Lucian economy by this current government.

This election is about rescuing Saint Lucia. It is about preventing Saint Lucia from becoming a failed state, where our institutions have lost legitimacy due to widespread corruption, violation of laws and standards of good governance and their failure to meet their obligations to the citizens. Many honest people and patriotic Saint Lucians share that assessment, and whilst they don’t agree with all our concerns or even approaches, they are agreed that we should act in a manner that best secures the best outcome for Saint Lucia.

We have called on, and are calling on all persons of good will to join in the fight, play their part, independently or as a collective, in removing the threat that this current UWP administration represents to the viability of our beloved Saint Lucia.

Against that consideration, the SLP has decided not to fill candidates in either Central Castries or Castries North in this election. We have taken this decision because there are other persons who have offered themselves to those constituencies. Those are persons whom we believe have admirably represented those constituencies in the past and are more than capable of doing so again.

Let me be clear those persons are not members of our party, nor have they applied for membership. We have in the past disagreed on several things, but we are in accord on the clear and present danger that this UWP administration represents and therefore we should not fight each other but we should marshall our energies to ensure that we as patriotic Saint Lucians confront and amputate this peril in our land.

My sisters and brothers, hope is on the horizon to reverse this decline we are currently experiencing. In the coming days, we shall continue to present to you our plans for ONE Saint Lucia where every citizen will have an opportunity to contribute to the development of their country and will be able to have a fair share in its economic growth.

I call on all Saint Lucians to join us in the fight against the evils of government corruption, high levels of crime, victimization, political exclusion, marginalization of the poor and vulnerable, political intimidation and a deplorable health care system. Overcoming those evils at the next general elections will be vital if we are to save our country from further ruin, and so we have provided strategic space for others to successfully join in that fight. We call on all you to support those patriots, who have joined that fight, and receive the hand of support in that fight, wherever you can.

In the coming days leading to general elections, I call on all Saint Lucians to continue to observe the Covid-19 protocols, avoid and discourage acts of violence, and remember that we will all have to live and work together for a better Saint Lucia, after the July, 26th

Let us do what is best for our country by supporting change for a better Saint Lucia under a Saint Lucia Labour Party, which I intend to lead with humility, a sense of fairness and inclusiveness. May God bless Saint Lucia.