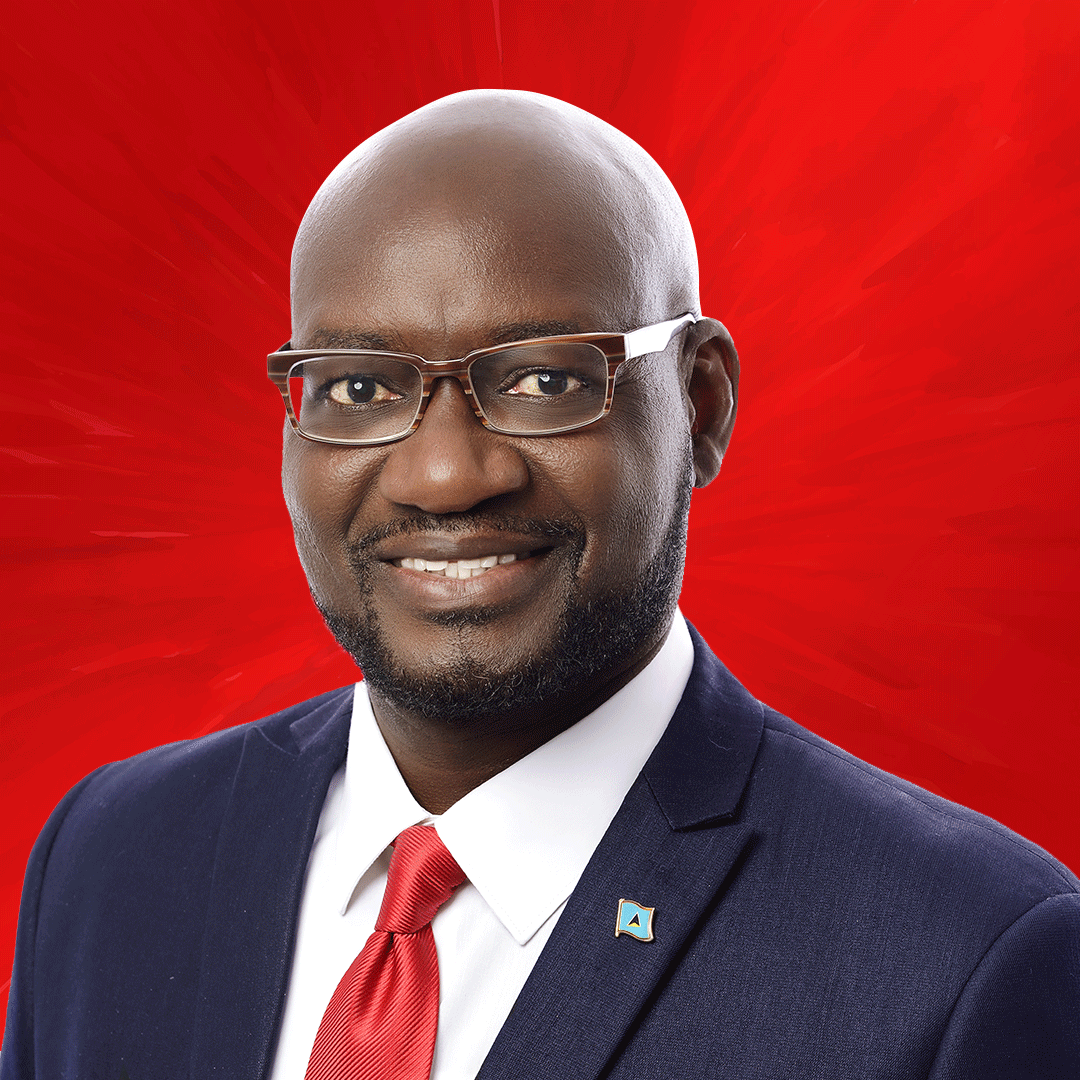 Hon Jn. Baptiste currently represents the constituency of Vieux Fort North and is a third-term parliamentarian in Saint Lucia’s Legislature. He is the former Minister for Agriculture, Fisheries, Food Production, Cooperatives, and Rural Development in Saint Lucia (2011- 2016).

Hon Jn. Baptiste currently represents the constituency of Vieux Fort North and is a third-term parliamentarian in Saint Lucia’s Legislature. He is the former Minister for Agriculture, Fisheries, Food Production, Cooperatives and Rural Development in Saint Lucia (2011- 2016).

His focus has been on being a champion for the development of the constituency of Vieux Fort North through many novel community programmes and strong representation at the level of government. He also promotes and helps to develop leaders at all levels within his constituency who are then motivated to initiate meaningful progress through the many Vieux Fort North community organizations.

Hon. Jn Baptiste successfully initiated or implemented many initiatives, some of which have left an indelible positive impact on the sector which he led wile in government. Some notable ones include:

Hon. Jn. Baptiste also served as the Principal of the Vieux Fort Primary and Technical Schools for five years and a school teacher for twenty-two years prior to his active role in politics. He was also an active trade unionist having served the Saint Lucia Teachers Union as a member of the Executive and part of its negotiating team.

In addition to his formal work over the years , the experience and expertise in community mobilization, poetry, traditional cultural expression and “Popular Theatre “, has helped to raise awareness of the benefits of environmental preservation and traditional culture in Saint Lucia and other islands of the Caribbean. His poems have been published in Caribbean books of poetry in both English and kweyol.

Mr. Jn. Baptiste has also used his formal training in agriculture to help create awareness of sustainable food production systems and to promote the practical expansion of local agriculture in Saint Lucia and in the wider Caribbean. He attended tertiary institutions in Saint Lucia (Saint Lucia Teachers College), Jamaica, (College of Agriculture) and Trinidad and Tobago (University of the West Indies, St. Augustine Campus) and holds a Master of Science degree (MSc) in Agricultural and Rural Development, Bachelor of Science (BSc) Agri-Business Management , Associate of Science degree (ASc) in General Agriculture and Certificate of Education (Cert Ed.) in Teacher Education.

He is currently the Chairman of our Party, the Saint Lucia Labour Party.