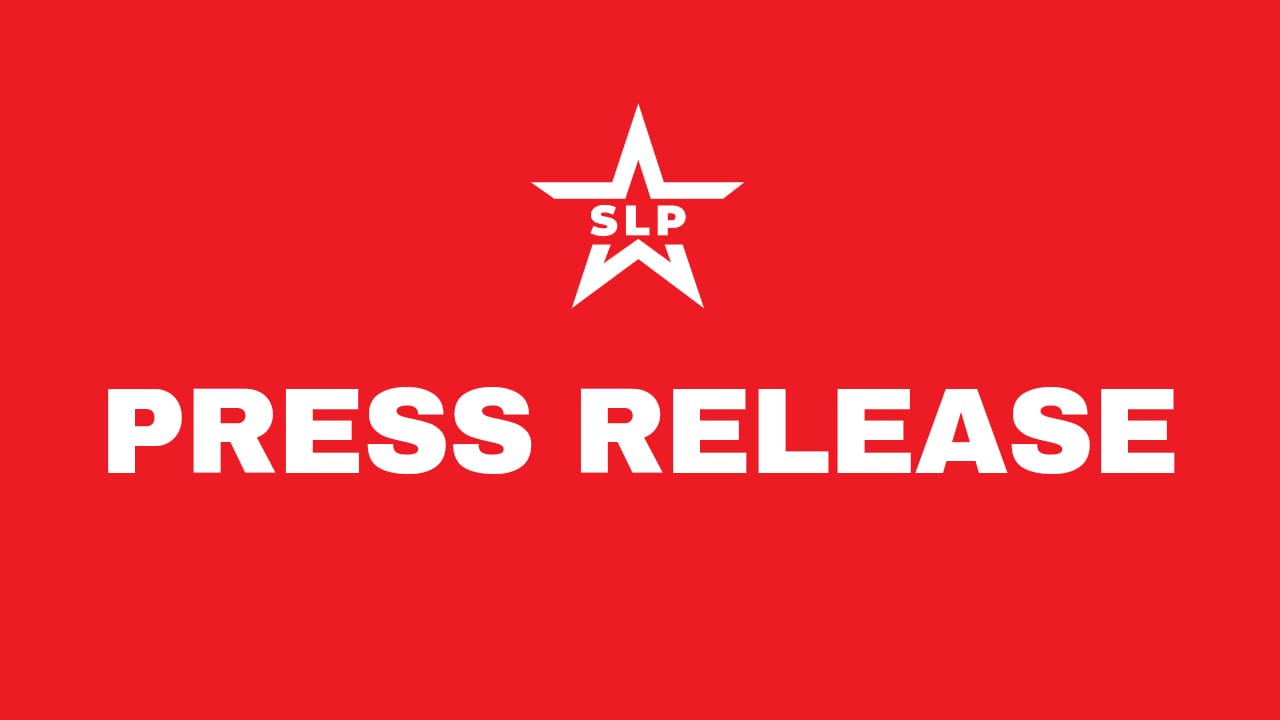 The Saint Lucia Labour Party has taken issue with aspects of the contents of a letter dated 22nd. September 2021 from the Leader of the Opposition, Hon. Allen Michael Chastanet to Prime Minister, Hon. Philip J. Pierre. The SLP views Chastanet’s use of the letter as a disguise to promote the performance of his failed government and not a genuine expression of a desire to help in the fight against the COVID19 pandemic.

The SLP reminds Mr. Chastanet, that on the 26th July 2021, the citizens of Saint Lucia exercised their judgment on his and his government’s performance, including those very things he presents in his letter and gave them a failed grade.

It is the view of the SLP that Chastanet’s continued absence from meetings of the House of Assembly since being reelected and assuming the position of Leader of the Opposition is a demonstration of the same disrespect for Saint Lucians that characterized his term as Prime Minister. It is the very same attitude that caused him to call Saint Lucians, barking dogs and jackasses that now emboldens him to snub the country’s Parliament.  The SLP says it is not good enough for Mr. Chastanet to sit in Canada, the country of which he so boldly states that he is a product and write of select things that he wishes the people of Saint Lucia to remember

The SLP believes that the Opposition Leader could have taken the opportunity presented by his letter to provide a proper account of the unwise advanced payment of $7.3million for vaccines in an arrangement arrived at apparently without any proper due diligence and in the process violating the prescribed procurement procedures of our country. This is money that would be most useful in the current fight against the Delta Variant which is more infectious than what Mr. Chastanet faced as Prime Minister.

The SLP also believes the Opposition Leader could also have included in his letter an apology for his mismanagement of the country’s health sector, among others his failure to complete the Saint Jude Hospital Reconstruction project which was near completion in 2016 when he took office. He could have cast some light on what would have caused him to stop the project for four years and at the last minute placing an additional unnecessary $118million debt burden on the citizens of this country to pay for a new block instead of completing what was close to completion. The $118 million wasted by him in this senseless decision not to complete projects started by the outgoing SLP Administration is money that could be used to help in the current fight against COVID 19.

The SLP says it is lamentable that Mr. Chastanet is in the privileged position of relaxing in Canada where top-class healthcare is available while the citizens of St Lucia continue to suffer from his neglect of our health sector for the last five (5) years.

NO PLACE FOR PROPAGANDA AND FAKE NEWS